The Art of Devotion

Devotion inspires one of the purest sets of emotions, capturing love, loyalty and deep feelings of excitement that I do not think can ever be understood beyond our own personal experiences. In the world around us, so much devotion towards deities, lovers, children and nature, all linked to our desire to better understand.

Devotion in its pure form is absolutely awe inspiring to witness. I may not share or understand the experience of the devotee, but often cannot help but feel some attachment with their act of devotion.

To many, devotion is a scary word.  Devotion requires commitment, and the fear of commitment alone can send people running for the door. Contrarily, the only emotion equal to the feeling of devotion is the feeling of freedom.    Freedom to live, to pursue and to reach the potential hidden within, for this is what life’s about. This is the strange paradox between devotion and freedom. 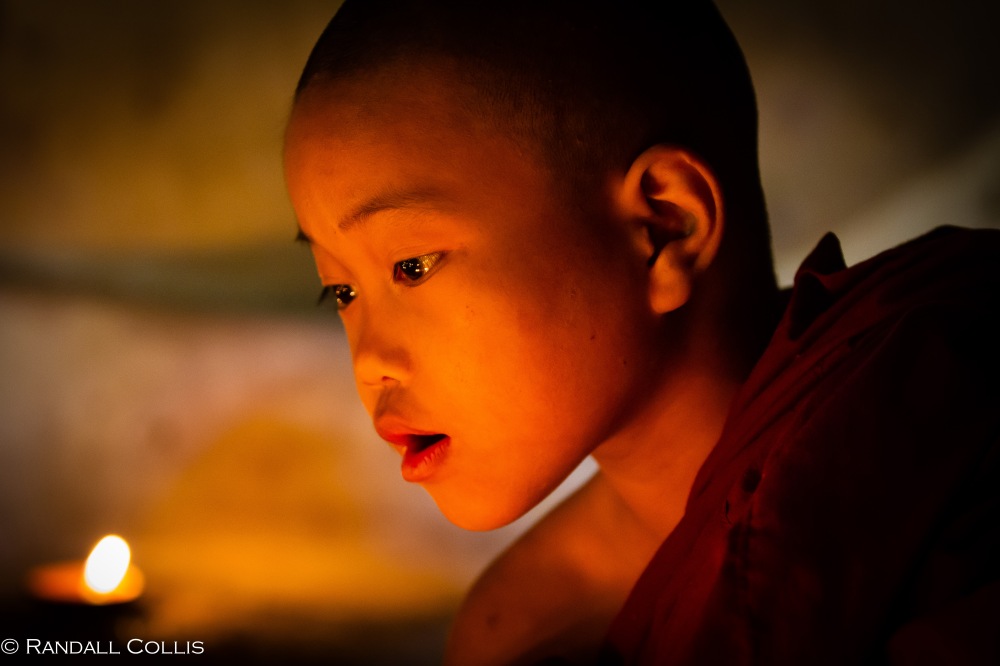 The integrity of people devoted to philanthropy has been inspirational since the dawn of time.  The world admires such people for the dignity and strength of their devotion. However, in today’s world with an overwhelming number of options with little time to spare, I wonder if such pure devotion is possible without restricting freedom?

On the surface, devotion appears restrictive due to intense focus and drive, especially in what is now a sound-bite/tech based society where nanoseconds steal away cognate thought.  Is it possible to have true devotion and not have every fiber of your being focused on this nirvana?

“If this conviction had not been a strongly emotional one…they would hardly have been capable of that untiring
devotion which alone enables man to attain his greatest achievements.” ~ Albert Einstein

Perhaps the greatest window into the art of devotion comes from religions around the world, stunning in their emotional beauty.  We see people opening their hearts and soul, trusting in devotion. The beautiful fury of devotion. With the lesson that such beauty is tempered when priestly powers from above, and I mean those men who sit in rooms and pontificate, creating rules based on outdated policies with one goal: to control.

It does not take an academic to recognize centuries of petty political ideologies sprung from ivory towers, exposing the self-righteous nature of man.  To control and manipulate devotion for purposes other than its pure source and nature is to extinguish the flame that made it so.

“Whatever I am offered in devotion with a pure heart –
a leaf, a flower, fruit or water – I accept with joy.” ~ Bhagavad Gita 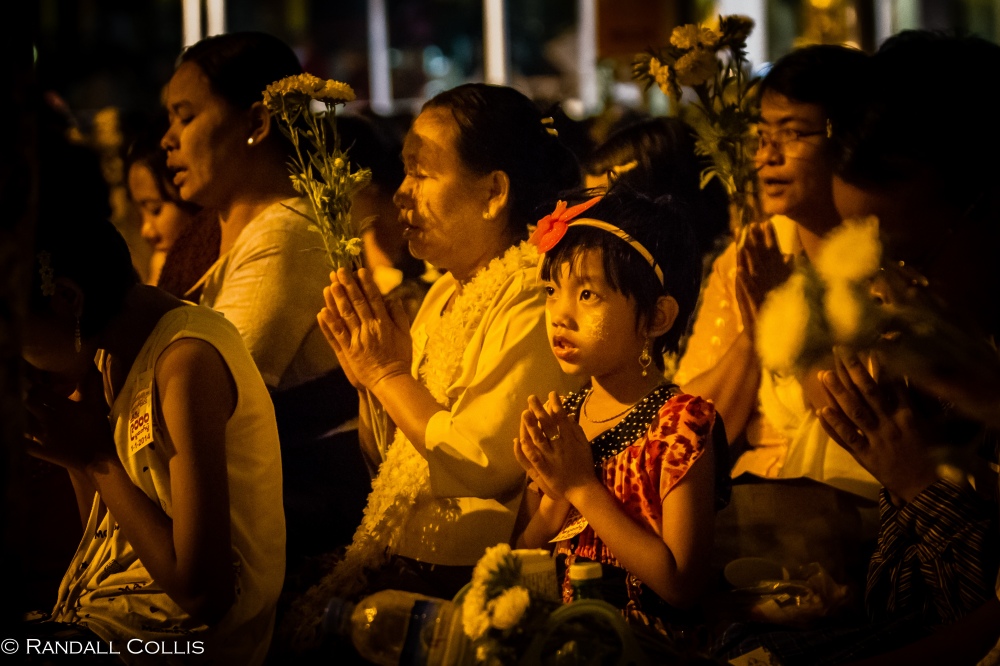 There is a simple, beautiful thread that is the backbone of devotion and it is the mysterious concept of love.  Once rules, regulations and intolerance are allowed into this mystic sanctuary, devotion becomes less than what its true destiny requires. It becomes a misguided passion that takes us away from the immense potential.

Ceasing to ask questions and instead listen to rules created by others taints the purity of devotion. It is pure devotion that makes it easier to find this oft spoken iron rod to lead us forward in life.  Faith does not mean to stop seeking answers or submit to blind faith, but rather to take responsibility.

Questioning faith along the way is an integral part of human nature.  It helps redefine who we are and what we can become.  It allows for our devotion to evolve over time, granting flexibility and freedom in life to make the right decisions. Pure devotion is a journey to open up new ideas and see through destructive intolerances.  Like all good things, the greatest potential can only be reach when given the freedom to pursue.

Watching someone from the opposite side of the world practice the religion of their culture, I see how beautiful Christianity, Islam, Buddhism and Hinduism are because they all share the same threads of belief.  It creates a sense of devotion within. All things are born from devotion: the rhythm of science, spirit of musicians, harmonies of mathematics and the devotion of a mother to her child.  The foundation of devotion is the seed for growth. 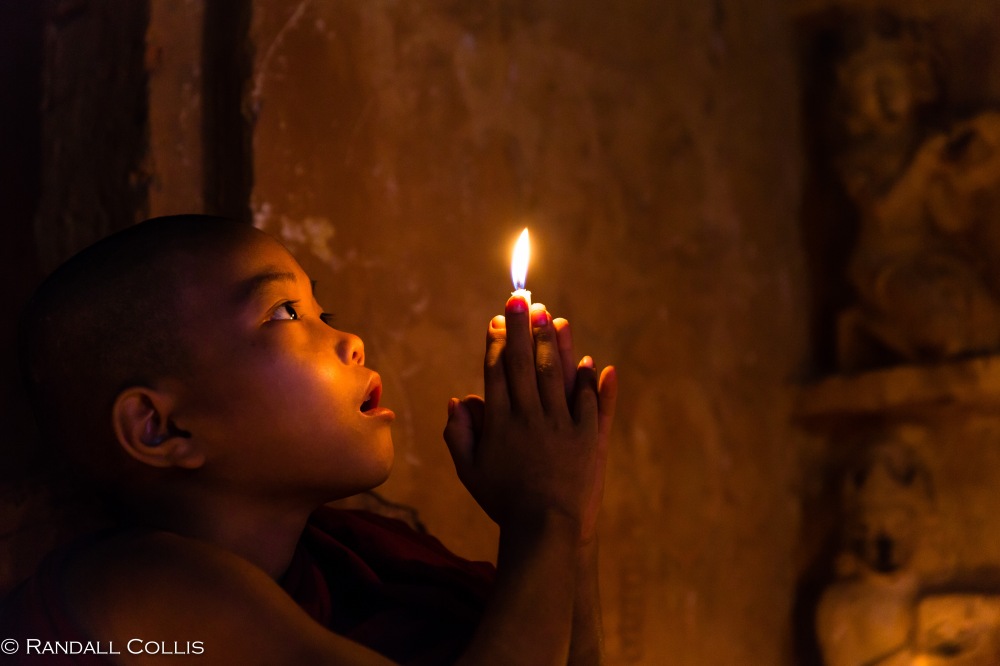 Belief in a power we do not understand, yet surrender ourselves completely takes courage.  Behind this courage is love, the common thread that unites everything and everyone in the world.  You cannot love without the pureness of devotion leading the way. Take away all of the politics, the insensitive rhetoric of intolerance and there lies the beauty of real devotion.

“When the sun of fierce devotion shines on the snow mountain…
the stream of his blessing will pour down.” ~ Drikung Kyobpa

In a world where we are always chasing something, lost in the false devotions shoveled to us daily by “society”, it is easy to miss what is at the heart of devotion and love.  Forgiveness.

Forgiveness is a sacrifice, to grasp the simple significance of quality: quality of this short time on Earth and the quality of tomorrow.  Forgiveness can bring the freedom to move on with a clear heart, and through it strengthen devotion. It seems strange to think of forgiving others as a sacrifice, but I’ve seen pride and perceived slights crush love and devotion, every passing second creating a scar that could have been prevented with an act of forgiveness.

The coming Easter holiday is perhaps the epitome of sacrifice.  Within this holiday are the select attributes that make devotion such a powerful state to experience. Forgiveness and sacrifice.  Two concepts I never before considered to be at the core of true devotion towards the things that I love. To be devoted to life, heart open and tolerant of all that is different guarantees a journey through life like no other; it will take the spirit places never before imagined.

“The need for devotion to something outside ourselves is even more profound than the need for companionship.  If we are not to go to pieces or wither away, we must have some purpose in life; for no man can live for himself alone.” ~ Ross Parmenter

← Dreams Between Dusk and Dawn
Theodore Roosevelt and the Skokomish Wilderness →

206 Comments on “The Art of Devotion”